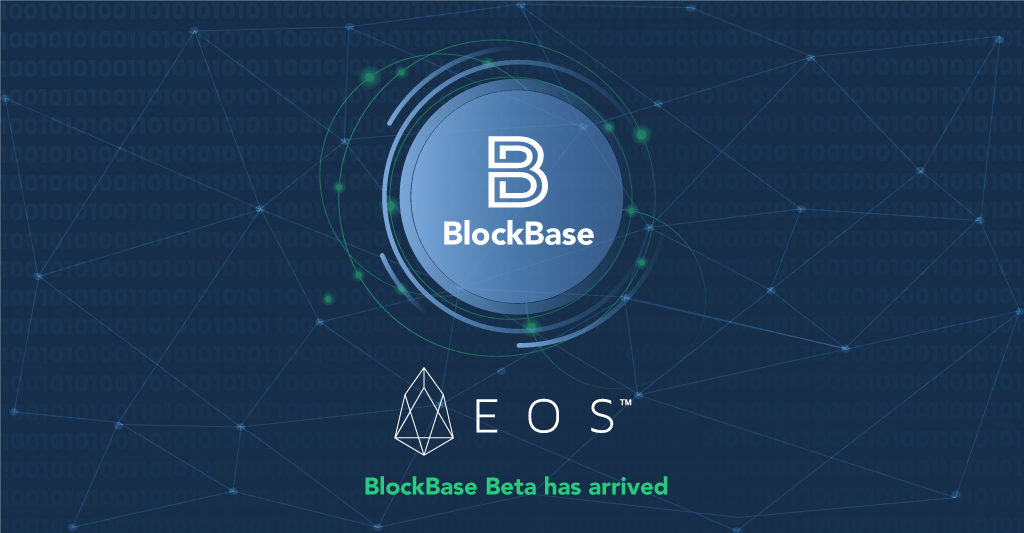 BlockBase Beta has arrived! After more than 3 years since the concept was first envisioned, and 1.5 years of active research and development, we’ve finally moved into the EOS main net.

BlockBase was being tested on the EOS Jungle test net for about 3 months now and moving it from test net to main net was a small step for us, but a giant leap for BlockBase.

From now on, the BlockBase software may be actively run by anyone who wants to participate on the BlockBase network (The software is still in beta, so be careful not to use large amounts of BBT, there will be dragons!).

When a service requester requests the provision of the service, he has to define the service level agreement that best fits his needs. There are five variables involved in this: (1) time between blocks, (2) payment per block in BBT, (3) number of blocks between settlements, (4) number of service providers, (5) number of producers required stake. Let’s break these down.

(1) The time between blocks specifies how many blocks per unit of time are needed. This will determine the frequency that service providers agree on the data they are storing and peg that data to the EOS network. Take into account that this process is expensive and doesn’t necessarily need fast block times.

(2) Every time a block is produced there will be a cost associated to it, which will be paid with BBT during the settlement phase. The amount of BBT paid per block will be paramount for service providers to decide if they want to participate or not on servicing that requester.

(4) The number of service providers requested determines how decentralized your network is, but also how much you’ll have to pay for it.

(5) The stake required for producers can be viewed as a deposit producers have to make. This stake is what the producers will lose if they fail to provide the service correctly.

All these variables are related to one another, and have to be discovered by the market. In order to help that process, we’ve built an online calculator where you can fiddle with the configurations and see how much they would cost.

Since the software has just come out, there is still very low service supply and demand. If you’re interested in the technology, the best way to go is to be both a service requester and a provider. With this configuration you can be your own provider, explore the technology as a requester, and also offer services to other requesters that want to join the network. The software is available for download on the BlockBase Node GitHub Repo.